Rung on the Eve of the Feast of St George to celebrate the 90th birthdays of H.M. the Queen and of Mr Joe Thornley, for many years tower captain at Farnworth, who was instrumental in the casting/installation of the present ring for the Queen’s Coronation. 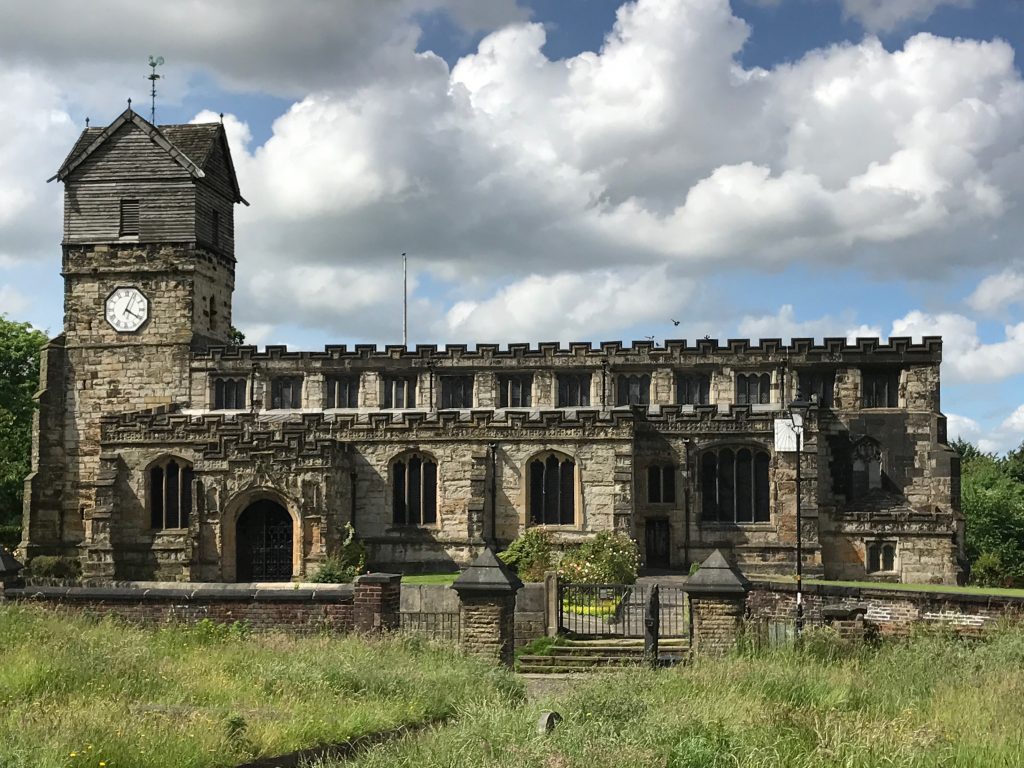 There are nine bells hung in the tower at Saint Leonard’s Church. The oldest of these is the Sanctus bell, 0-2-24 in F#, was cast in 1614 by Robert Orwell.  Of the eight ringing bells the current back six bells, 3 – 8, were cast in 1714 by Abraham I Rudhall. The two trebles were added in 1891, by Mears and Stainbank, to form the current ring of eight.

A peal of 5,300 Anniversary Surprise Major  was rung in September 2014 with the following footnote to mark the 300th anniversary:

This peal is dedicated to the 300th Anniversary of the back six bells at Middleton, which were cast in 1714 by Abraham Rudhall of Gloucester.
Two additional treble bells were added in 1891, funded by public subscription, to augment to the current eight.

The curious-looking wooden belfry was added on top of the medieval tower in 1666. According to Saint Leonard’s website this was to enable a new set of bells to be added.

There is a large car park at the church when accessed from New Lane.