Unlike yesterday, today was more of a driving day to mop up the last 10 Shauns. I always found driving around Bristol a little on the stressful side: the roads are narrow, the hills are steep and there are cars parked on both sides of the road. However, I’m pleased to say the day past without incident and we managed to “grab” the last 10 Shauns. 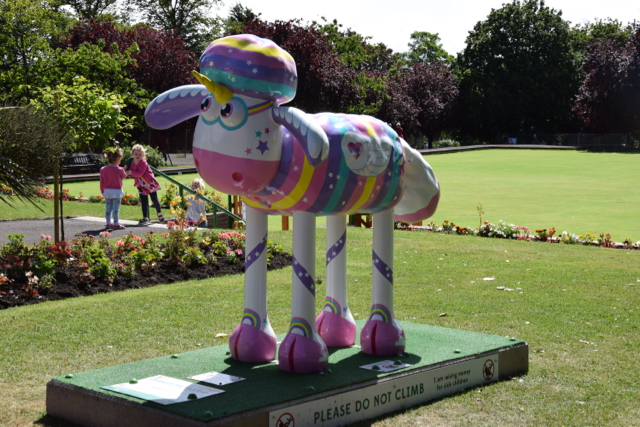 Sparkle the Unicorn was our last one. 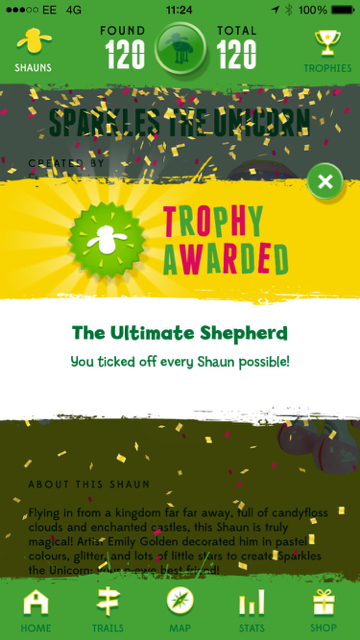 We started the day at Starbucks for breakfast and then grabbing the two indoor Shauns from the Old City Trail we couldn’t get on Sunday.

After that we followed the Temple Trail (2.5km) which gave us nine new Shauns and then straight on to the 12 Shauns on the Harbourside Trail (5km) and stopped for lunch at the Pump House. That then took us to the Heritage Trail (2km) and a further eight Shauns where we ended the day’s exercise at The Berkeley on Whiteladies Road.

A good drive down with very little traffic on the roads. Arrived at Cribbs Causeway shopping centre for 10:30 and quickly grabbed the three Shauns there. 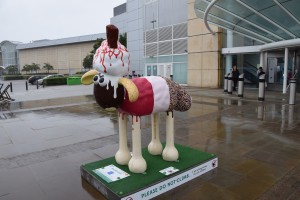 Fab-ewe-lous. One of the three Shauns at Cribs Causeway.

After this we followed the Sheep Drive and quickly spotted all eight Shauns. Moving on to the South Bank Trail we very quickly grabbed the five Shauns before grabbing the 16 Shauns on Brunel Trail. Shaun 23 Bloomin’ Gorge-ous was designed by Professor Alice Roberts. Nice. 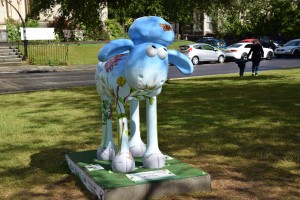 After completing this trail we headed to the hotel and sorted out our room for the night and had a meal before heading out to grab eight of the ten Old City Trail. Two were indoors and closed so will have to be grabbed on  Monday.

Then back to the hotel. 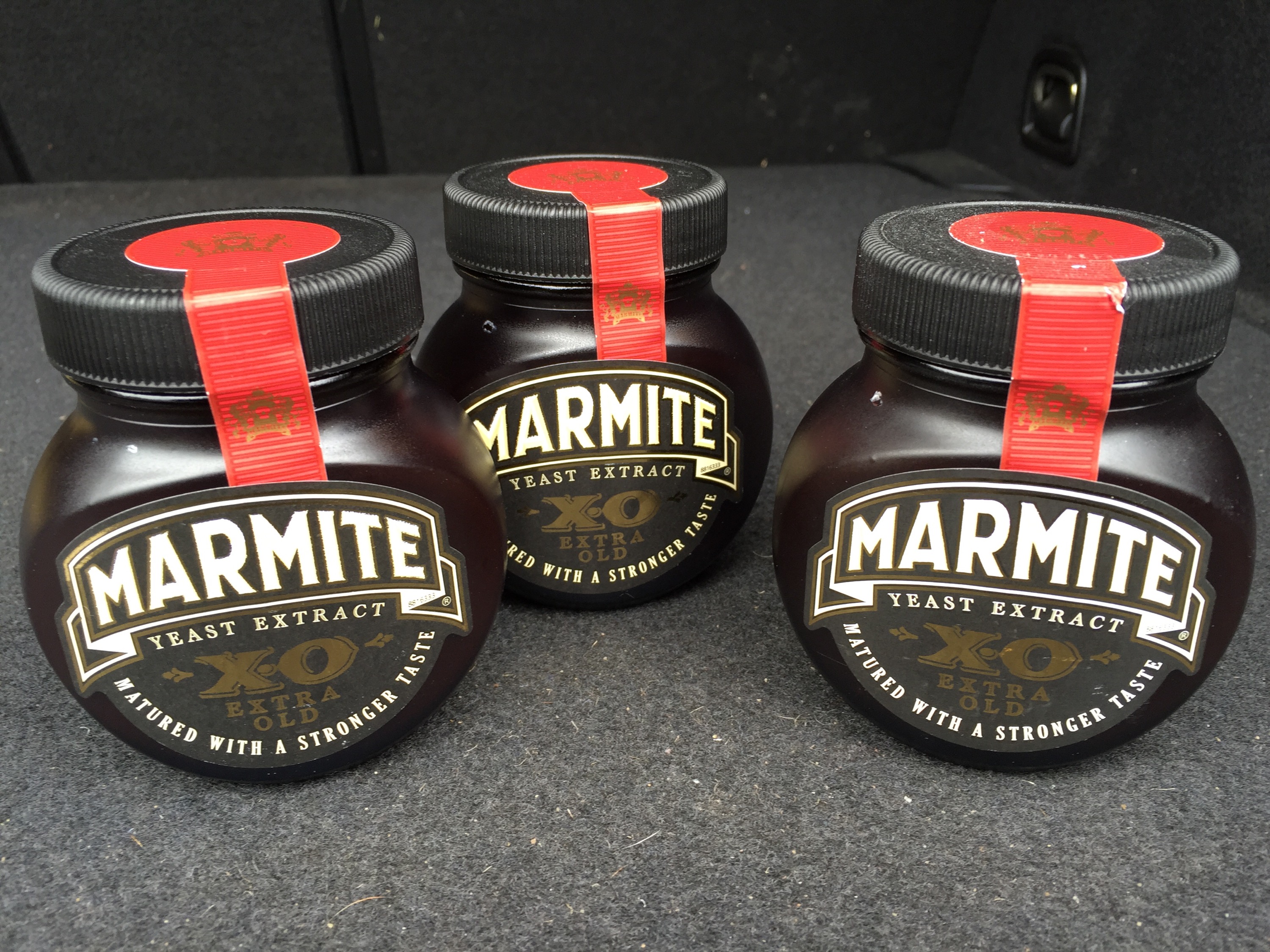 Following a weekend trip to Waitrose, which in all honesty shorts and polo shirt weren’t the best attire, the Marmite famine is ended.