One of Leyland’s ‘lost’ roads 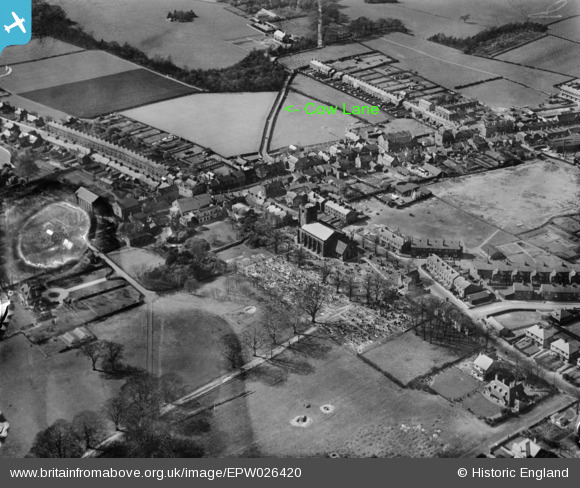 As far as I can tell, Cow Lane existed until development work on the Broadfield estate wiped it out during the early 1970s. Having said that, there are still signs that it existed if you know where to look. This is a series of photographs  I have taken showing some of those signs.

Clearly shown and named on the 1841 O/S First Issue map, Cow Lane runs from east to west starting at the southern end of Towngate down to Stanning’s Bleach Works at Shrugs. The aerial photograph shows Cow Lane starting from its junction with Towngate, heading across fields and bending around land at the bottom of Spring Gardens.

The southern end of Towngate no longer exists and has become a car park outside of the modern Tesco’s superstore. The original line of Towngate can still be seen in the various pedestrian crossings and gaps in the wall. The junction with Cow Lane is now replaced by a number of planters.

The Junction of Towngate and Cow Lane.

The line of Cow Lane heads due west from here for a short distance before turning to the north-west and heading down to the petrol filling station and Leyland Leisure Centre. A pedestrian crossing marks the original line of Cow Lane. 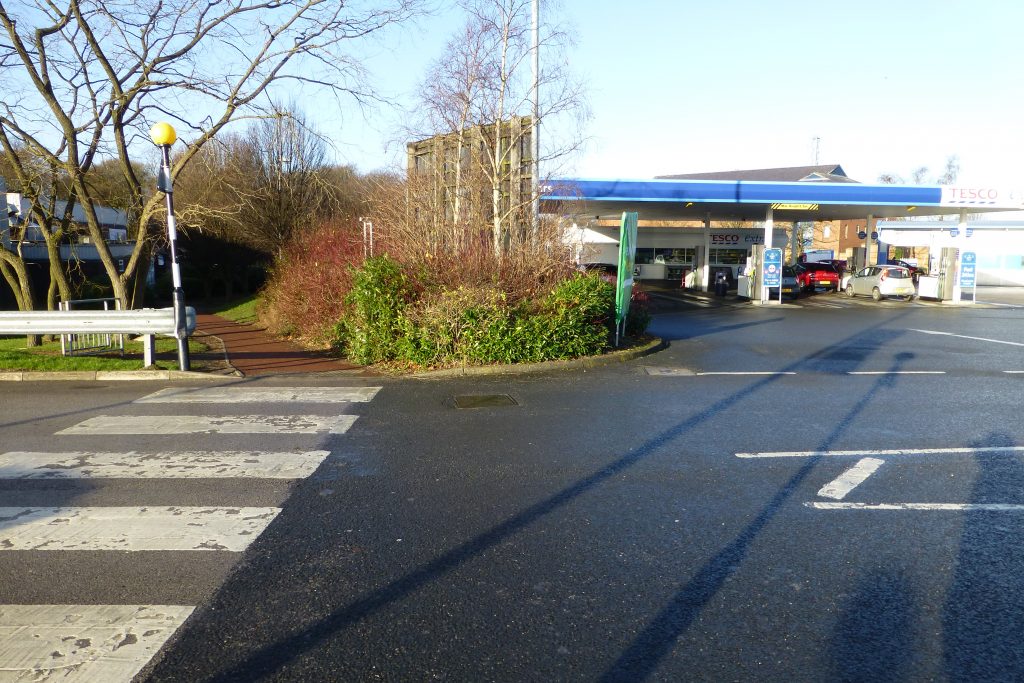 The Line of Cow Lane.

This pedestrian crossing marks the original line of Cow Lane. From here it ran in a north-west direction and passed to the south side of Tesco’s Petrol Station before crossing the modern Lancastergate and then passing through the modern Lee Rigby building. As Cow Lane reached the grassy area at the with trees at the junction of Lancastergate and Broadfield Drive it turned and headed almost due west crossing Broadfield Drive where it turned at a right angle and headed due north along what is now called Broadfield Walk.

As Cow Lane headed north there was a stone wall separating the road from Shruggs. A small portion of this will can still be seen along Broadfield Walk between Nursery Close and the back entrance to the Catholic Church. 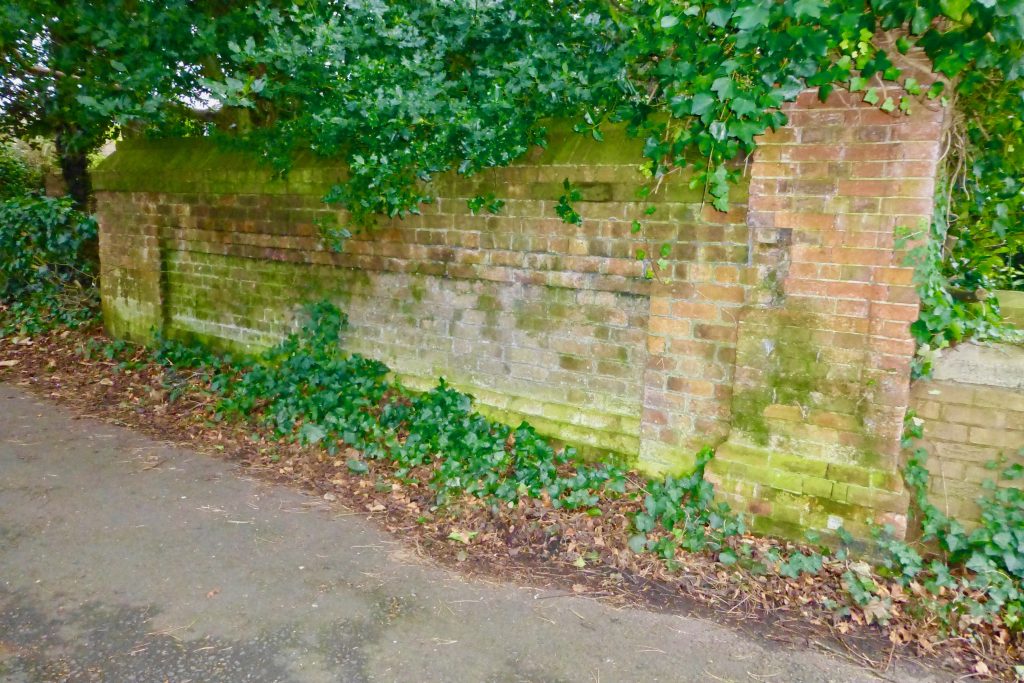 Part of the wall on the western side of Cow Lane.

Just before turning into Elmwood Avenue from Broadfield Drive, the frame of a street sign stands next to the stone sets in the garden of a private house. 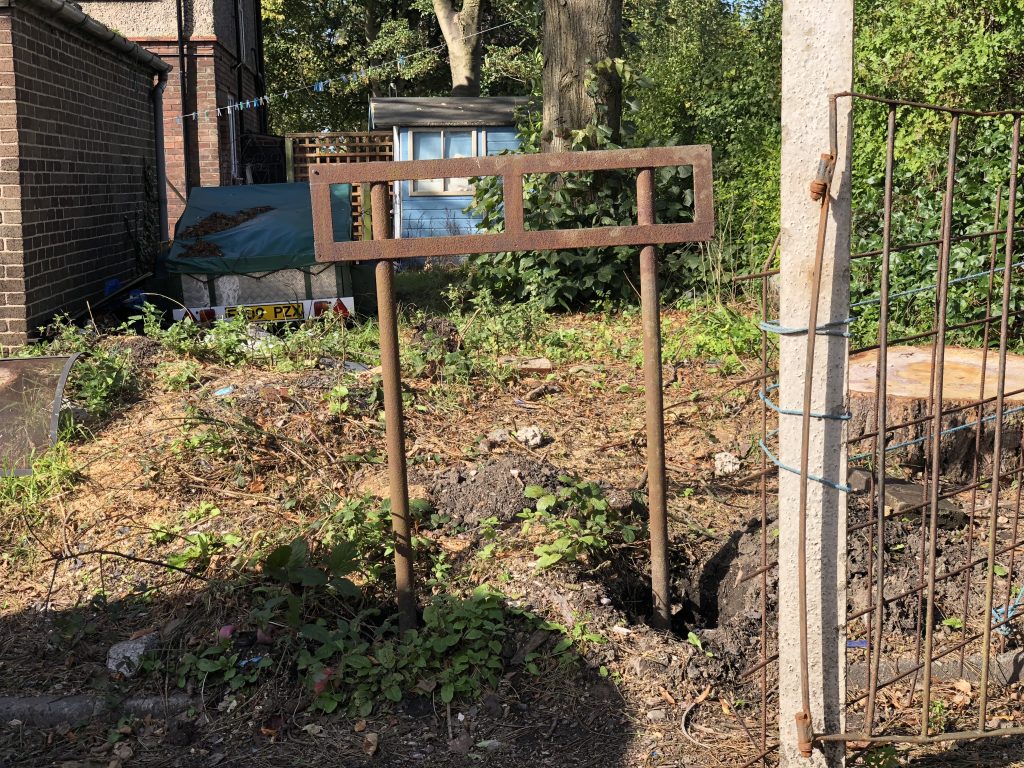 There a strong signs of Cow Lane in Elmwood Avenue. Two of the houses, at the junction with Broadfield Drive, still have kerb stones and stone sets in place. I can also remember seeing part of a street sign frame where Cow Lane turns off to the north along Broadfield Drive.

Remnants of Cow Lane can be seen in the gardens of two houses in Elmwood Avenue.