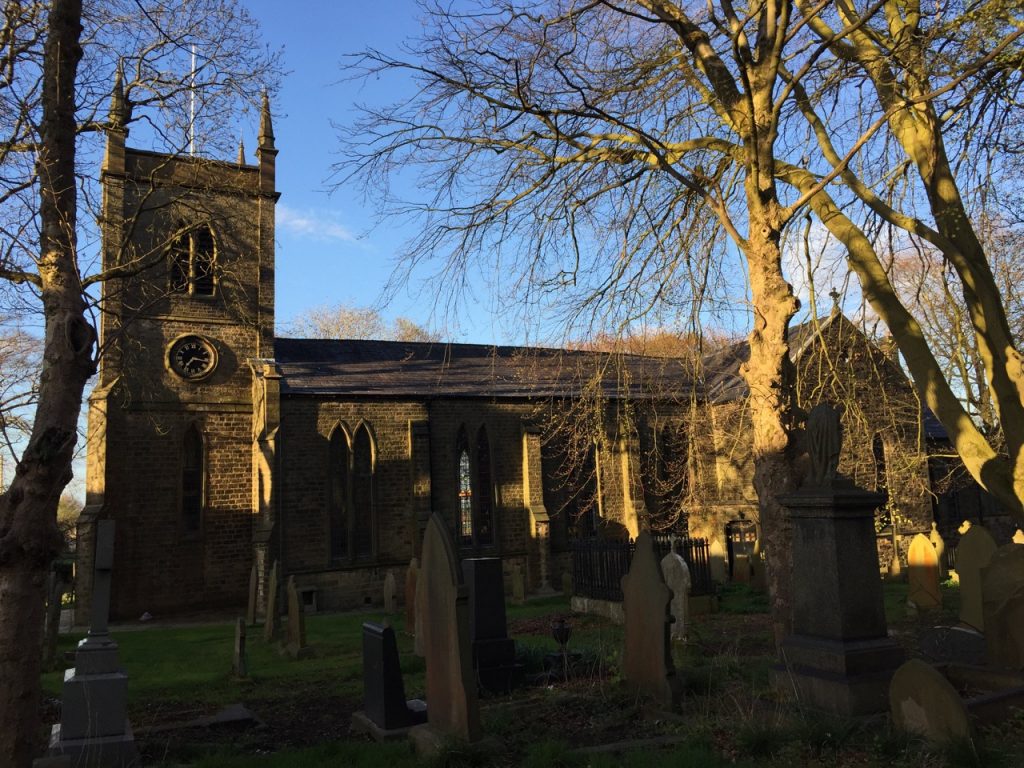 Immanuel Church was completed in 1837 to an original design by J and T Stones. A chancel, transepts, a small chapel and an organ chamber were added by 1867 to a design by J & J M Hay.

Originally, the Church had six bells cast in 1878. The ring was augmented to eight in 1913 with the addition of two treble bells.

There is a nearby free car park, accessed from Willow Park off New Lane, to the east of the Church with footpath access to the Church gate. 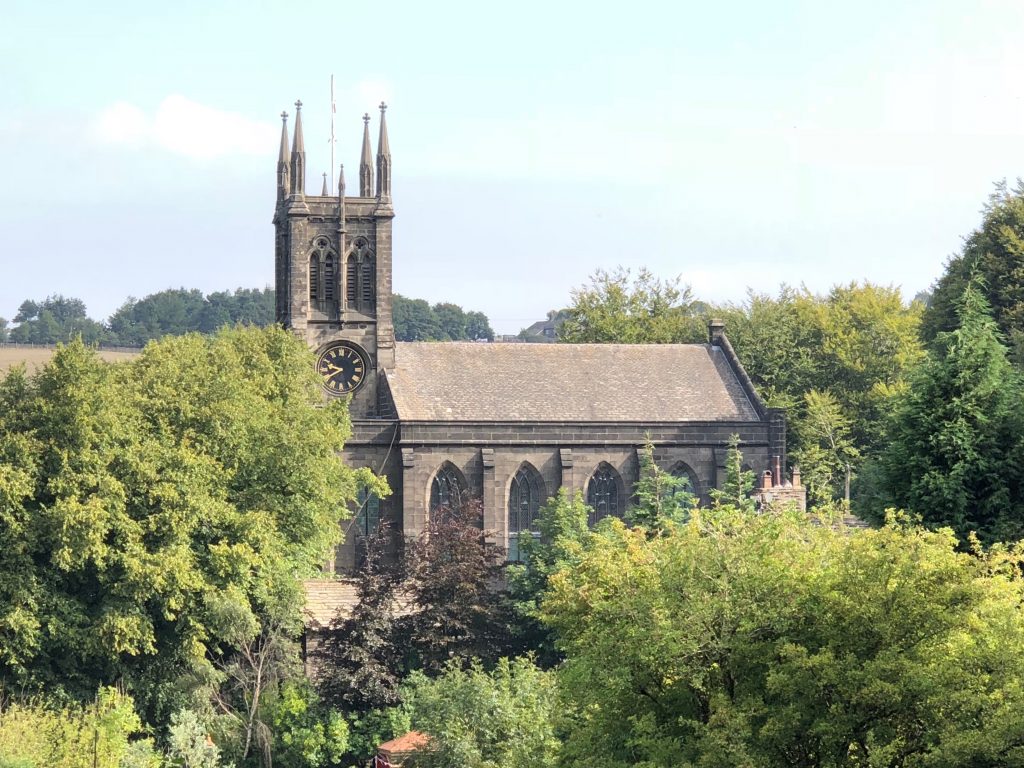 There is parking outside the entrance to the church. 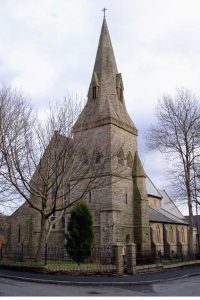 Also known as Shaw, Greater Manchester. There are eight bells hung in the tower at Saint Jame’s Church. All of the bells were cast in 1955 by Mears & Stainbank. The bells are rung from the ground floor.

There is parking on nearby streets and a small car park at the junction of Milnrow Road and Salts Street to the east of the church.

It’s not often I get to ring 400 peals with anyone, so I thought these three were worth a special mention.

Rung to celebrate the recent ordination of Karen Hamnett, Curate OLM, and Diane Taylor-Harrison, reader, both members of this congregation. Also a birthday compliment to John P Partington, former member of this peal band. 400th peal together: 4,6

Rung in memory of Private Reginald Brand, Yorkshire Regiment 1st/4th Bn. who died on 23rd April 1917 and is commemorated at Feuchy Chapel British Cemetery, Wancourt, France and Private John Watkin, Tank Corps “A” Coy. 8th Bn. who died on 9th August 1918 and is commemorated on the Vis-en-Artois Memorial, France. Both were ringers at this tower. Their names live for evermore. [400th peal together: 2, 6.]

With congratulations to Ashley Wilson on the birth of a daughter. [400th peal together: 5 & 8.]

Rung on the Eve of the Feast of St George to celebrate the 90th birthdays of H.M. the Queen and of Mr Joe Thornley, for many years tower captain at Farnworth, who was instrumental in the casting/installation of the present ring for the Queen’s Coronation. 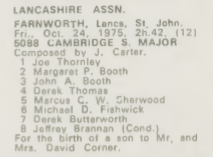 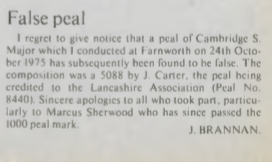 Rung on the Lancashire Peal Week 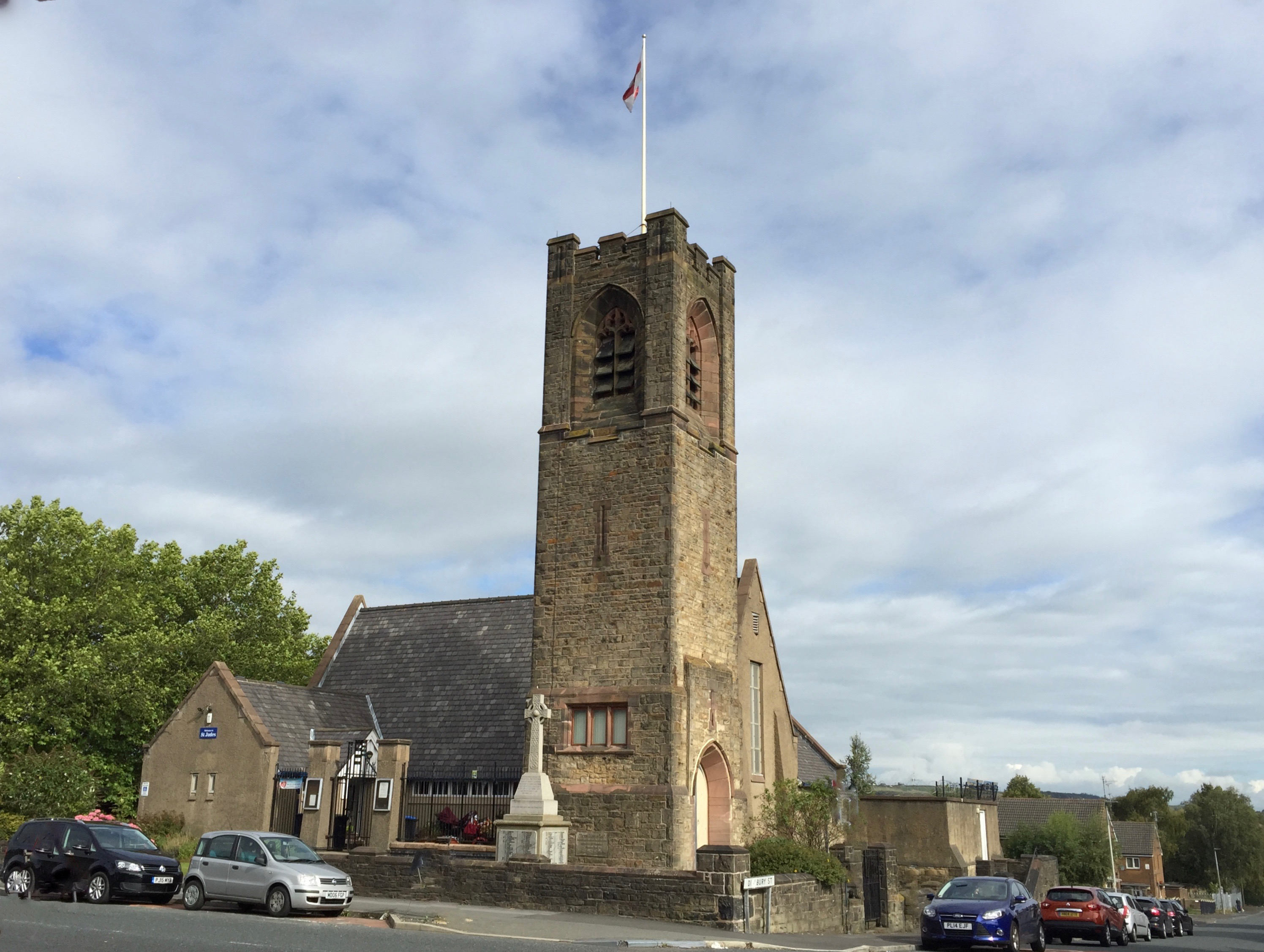